In 1999, Goodnews Outreach turned its attention to the continent of Africa where much was being accomplished for the Kingdom of God.  We had become acquainted with resident Assembly of God missionaries, Scott and LaVonna Ennis, who were serving in the volatile country of Nigeria.  It was their goal to plant 100 churches in that predominately Muslim nation and we were committed to helping them reach that goal! In order to “plant” a national church in Nigeria, the village was required to secure land and have a pastor ready to assume leadership.  The next step would be for an evangelistic team to hold a “campaign” and often medical professionals would be included so a “clinic” would be held.  In the years 1999-2000, the costs of starting a new church was so affordable, Goodnews Outreach was thrilled to be able to sponsor 40 new churches in villages of Nigeria.  The “building” was a mere pole and roof building.  Later the people would mold their own blocks to complete the structure.  Usually, the growth of the young church would be so measurable, the original structure would become the children’s church. 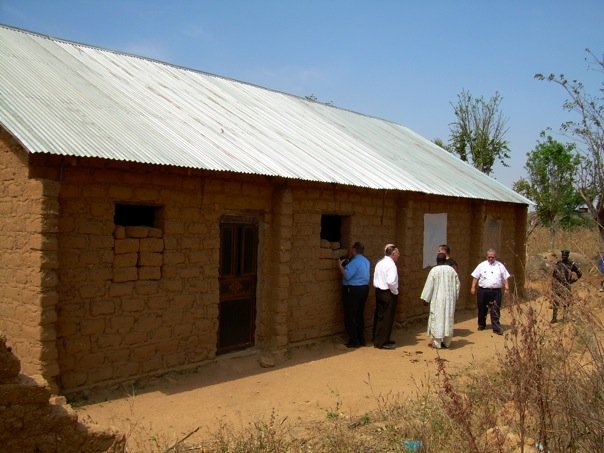 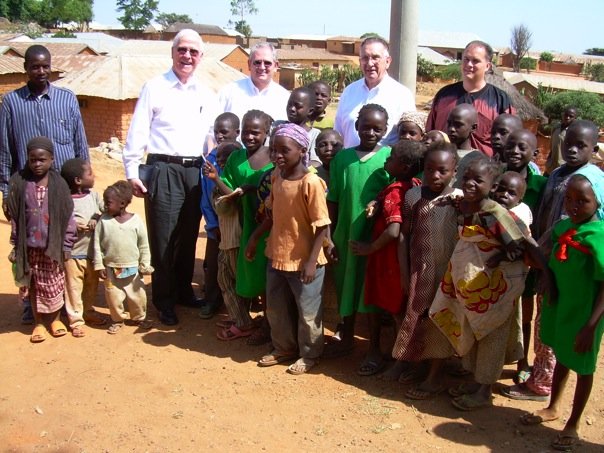 In the late 1990s, our President and founder, Rev. Gene Huff, who was a retired Kentucky State Senator, began using his contacts with the medical community in Kentucky, and surrounding states, to procure used medical equipment for foreign missions use.  This effort was also used in the days following the Revolution in Romania to send medicines and educational materials for training doctors in the Romanian Medical Universities.  But by the end of the decade, much used medical equipment became available and Nigeria was in our sites.  Rev. Huff obtained about a dozen used dialysis machines for shipment to Nigeria.

At the same time he found a dental x-ray machine and a device for heart catheterization.  Before we shipped this equipment, he stored the dialysis machines in the garage at his home.  At this time there were fewer than 5 dialysis machines in the entire nation of Nigeria, which is the most populous country of Africa.  He often quipped that he had more dialysis machines in the garage than there were in Nigeria! We were enabled by God to send all the medical equipment by shipping container to Nigeria where it was received and put into use.  The dialysis machines and the IV solution needed for use for the procedures were put into action at a medical clinic near Plateau State, Nigeria.  The heart catheterization machine went to a teaching hospital in Enugu, Nigeria.  The device was so massive, the hospital had to build a special room for it! The dental x-ray machine went to a missionary dentist who was practicing near Plateau State.

The years when Goodnews Outreach, GO, Inc. was actively involved in the country of Nigeria were some of the most exciting and eventful of our history!  In the past 25 years, GO has been supportive of works in Sierra Leone, Nigeria, and Senegal. We also have supported the ministry of School of Christ as they have established their short-term training schools throughout the “dark continent”.  It is our hope to see much more accomplished in this ripened harvest field. 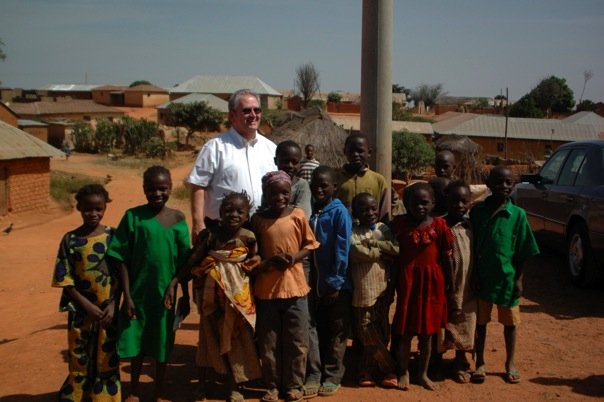 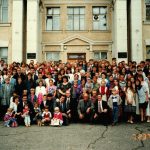 Expansion of Ministry in BelarusPast Missions