When Goodnews Outreach, GO, INC. was initially incorporated, the founding officers of the corporation were Gene Huff, Ethel Huff, and their son, Martin Huff.  Marty had been in pastoral ministry for over a decade and was vitally interested in missions, along with his parents.  But soon the ministry grew and other board members were chosen and the ministry was broadened. Following the Revolutions of 1989 and the fall of communism in Central and Eastern Europe, the Soviet Union was dissolved in 1991, resulting in 15 separate countries.

One of these was Belarus, or White Russia.  In 1993, Marty and Joyce Huff and their three young children moved to Minsk, Belarus to work with Book of Hope International (now called OneHope) in an effort to distribute Bible based literature to the people of Belarus who had previously been denied this privilege. The fortunate targets of this effort were the school children of the nation.   This was a four year project and when it was completed, The Huff Family stayed on in Belarus, working with the Assemblies of God and the developing Pentecostal Union in Belarus.

During these years of freedom the church in Belarus was growing exponentially and one of their greatest challenges was the need for church facilities.  There wasn’t time, money, or available property to enter into massive building programs, so with spontaneous creativity, Goodnews Outreach began “buying churches”.

The process involved the purchase of a house of acceptable size and suitable location.  After the house was purchased remodeling took place to change the house into a place of worship.  Usually tearing out walls to create larger meeting rooms was the most needed renovation.  In the years that followed, Goodnews Outreach was honored to provide approximately 15 house churches in Belarus.  The Huff family left this mission field in 2001 to return to the US, where they pioneered a new church in Cincinnati, Ohio.  But the effect they, and Goodnews Outreach, had in those early years of the newly freed Belarussian believers, cannot be overstated. 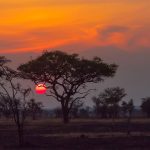 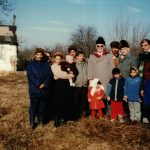